After President Barack Obama won re-election, Republicans were left soul searching. Although their strongest candidates chose not to run in 2012, the economy, deficit, and exorbitant gas prices still positioned them for success. They averted complete failure by holding onto a majority in the house, but nonetheless are left to figure out their missteps and more importantly their future.

The GOP has turned to research to guide their path and recently sent out a “congressional census” questionnaire to party members. Being a professional researcher and a political junkie, such news is especially interesting to me. They posed some useful questions that may be heavily considered as the midterm elections grow near, most notable of these:

Q6. Do you think that as a political party, Republicans need to reassess their strategies and tactics to help turn out every voter possible?

Q7. Do you believe the Republican Party should continue to embrace social issues or are these too divisive when it comes to winning elections?

These seem to be useful queries. Of course the results won’t be publicly divulged, but the answer to question #7 may be evident in the messaging coming from the GOP next year. It’ll be one of the biggest questions the Republican Party faces after failing to capture an acceptable share of the youth vote.

Now as you may have noticed, I included quotation marks around “serious” in the title. This is because they must only be somewhat serious. Their questionnaire is seriously flawed. Some of their questions are incredibly leading. It seems they may have written this questionnaire in-house rather than finding a reputable research firm. Here are some of the more suspect questions (I’ve underlined the specific portions that are leading):

Q5. Do you favor a major overhaul of the current Federal Tax Code–currently thousands of pages long–that would replace today’s burdensome tax system with one that is simpler and fairer.

Q7. How concerned are you that our federal deficit–presently over $16.7 trillion–will seriously jeopardize our nation’s economic security for future generations?

Q8. Do you believe more federal laws that impede individuals’ second amendment rights are the proper response to recent gun violence in our nation?

Question 8 is the most ridiculous. No American red blooded wants federal laws that they feel impede on constitutional rights. The debate is over what laws impede on these rights. If the GOP is genuinely curious as to how closely they should align with the NRA, they should be asking these questions in a more serious, unbiased manner. If they are looking to confirm that they should continue what they did in 2012 and the years preceding then they are dead on.

I wonder if the leading questions are somewhat intentional, meant to generate strong feelings and donations rather than useful data. If that’s not the case, then it would seem they were unable to turn off the politi-speak for one of the rare instances where they didn’t need to convince someone to vote for them. Fortunately, they included at least a few very important questions without overly leading phrasing.

As the 2016 presidential field begins coming into focus (Rand Paul is a near lock to run) and the critical 2014 mid-term elections inch closer, the GOP needs to take data seriously. They must gather all they can and use it to refine messaging and leverage with technology to target voters. 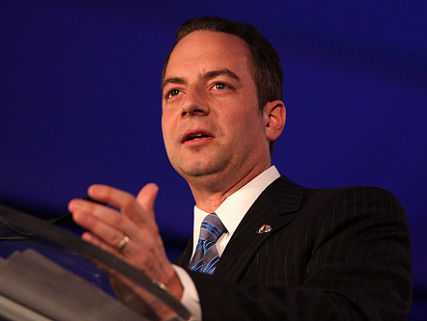