Metaethical Moral Relativism: The truth or falsity of moral judgements, or their justification, is not absolute or universal, but is relative to the traditions, convictions, or practices of a group of persons.

Simply put, for those who subscribe to this philosophy, there is no real right or wrong. Groups of people can decide what is moral and what is not, and whatever they decide to be morally acceptable, is by rule correct. It argues that there are no real principles to be upheld, no faith to hold dear, just a lot of tolerance to dole out.

Now I have one friend (admittedly, he’s a big-government liberal) who finds libertarians’ view of the world to be despicable. His argument is that “they only care about themselves, their close family and friends, and their own little plot of land. They don’t care about society as a whole.” Now, while I disagree with him in that I don’t actually think that’s what they believe–they just don’t want the government forcing them to do much–he is right that in that if that is really all you care about then that is pretty despicable. Helping and caring about others is “right,” and should be a universal moral. You should care for and help other people, and if you don’t, then I think it’s “wrong.” So there you have at least one universal moral.

In collegiate international marketing courses everywhere they teach seemingly 99% culture and 1% marketing. They preach avoiding ethnocentrism, which is the belief that your culture is superior to others. To illustrate the concept, my teacher gave an example of something that happened during her trip to China. In China, female children are undesirable. When she was in a Chinese city she saw something move in the trash can. After closer inspection she realized it was actually a female infant that had been thrown in the garbage. Upon realizing what she had seen, an old man briskly shooed her away. In telling us this story, she admitted being disturbed, but then argued that it’s different there and we can’t say it’s wrong because we’re not a part of the culture. I’m sure this isn’t a fair representation of Chinese culture, but I’m willing to say that infanticide is morally wrong, and if you’re culture disagrees, then I do think my culture is superior.

Now to deviate slightly from moral relativism’s dictionary definition, I’ve also noticed that some people look to the legality or social/moral acceptability of one action to justify another relatively similar action. For example, last week I overheard two people who support the legalization of marijuana discussing the topic. They agreed that marijuana was no worse than tobacco and since tobacco is legal, surely marijuana should be legal as well. My first thought was, if we are to accept that tobacco is just as bad as marijuana, shouldn’t we question the legality of tobacco before we question the illegality of marijuana? Now I believe in small government and wouldn’t advocate crushing the tobacco companies and the jobs that already exist thanks to them, but the point remains the same. If we accept one thing as being immoral, and something that we deem to be relatively similar isn’t considered immoral, maybe we should be examining the morality of latter, before using it to justify the former.

A more succinct example comes from a picture I’ve seen floating around Facebook that compares the number of states currently allowing same-sex marriage to the number of states that allow marriage between cousins. It’s meant to be an attack on the moral argument against gay marriage. It makes the assumption that if marriage between cousins is legal so should gay marriage. Regardless of your thoughts on same-sex marriage, and that isn’t really the point, I wonder why this doesn’t make more people say, “Hey, this marriage between first cousins thing is messed up. That shouldn’t be allowed.” Why does society always look to justify actions first, rather than examine if our current actions are sinful? If society is always looking to justify more and more actions, then how long until there are just a couple of things that aren’t ok?

As time passes, it seems we give up our principles in an effort to avoid feeling judgmental or bigoted. We use socially acceptable actions (such as smoking cigarettes or drinking alcohol) to justify other less acceptable actions (such as illicit drug use). As we take these steps, we slowly deteriorate the universal morals and personal principles that we all should fight for, for they are what make the world worth fighting for!

God bless you, and God bless America! (I’ve always wanted to work that into a speech.) 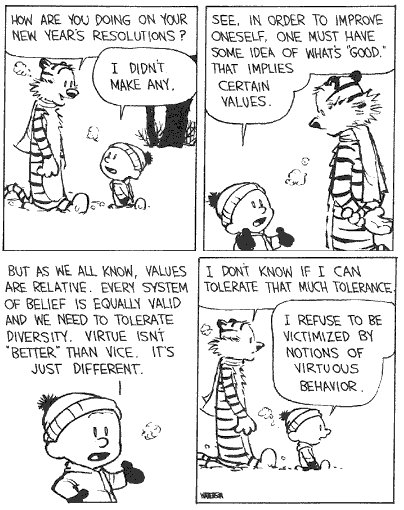 To subscribe to this blog please click the “Follow” button at the top of the right sidebar. If you don’t have a WordPress account, you’ll have to enter your email address. Thanks for reading!