Now that most of the Spring sports have already ended or are coming to an end, we are entering the ever painful void in college athletics otherwise known as Summer. Theoretically, the baseball team could surprise us by making a decent run in the postseason, but even if the Baseball Tigers make a solid run, the CWS ends in June, which leaves at least two solid months before Fan Day and the much anticipated opener at Georgia. (I won’t get into my feeling on this struggling baseball team, but they are here if your are interested)

This two-month, possibly longer abyss from Clemson Athletics can be exceedingly painful if we don’t find a distraction or two. So here’s a few tidbits to help everyone pass the time:

Unfortunately, there will not be any more NCAA Football games released, which means you’ll have

to break out one of your old versions, if you’re into that. Honestly, the lack of new releases doesn’t really impact the gameplay for those of us that are into playing Dynasty mode. For those who don’t know, Dynasty mode is where you run the team completely, so you handle recruiting, play calling, strategy, and even scheduling—basically everything that needs to be handled on a team with the exception of off-field distractions. I’ve enjoyed building up teams like Old Dominion from irrelevance to BCS bowl status. Being a top-tier program like Clemson can sometimes be too easy. I haven’t played these games in a long time, but remember the good ol’ days in College when a buddy of mine built ECU into a national power.

Of course there are other popular gaming options, which I do not play. A lot of other people enjoy playing shooter games like the Call of Duty games. In fact, those games are so popular that about 1900 years of Call of Duty is played daily, according to Mitch Dyer of IGN. Pretty mind blowing!

Another popular gaming option comes to us through the internet. Online casinos have become increasingly popular as they have expanded beyond the poker rooms. For example, the casino at Bet Fair has more than 50 unique gaming options, which include numerous slot machines, Blackjack, Roulette, and several poker variants—some that I have never heard of before, like Pai Gow.

How I Met Your Mother and 24 on Netflix and Amazon Prime have kept me pretty occupied lately, though I’m also cracking open The Signal and the Noise by Nate Silver keep up on some industry related learning. Of course, there’s also the political races which are heating up and I enjoy following. 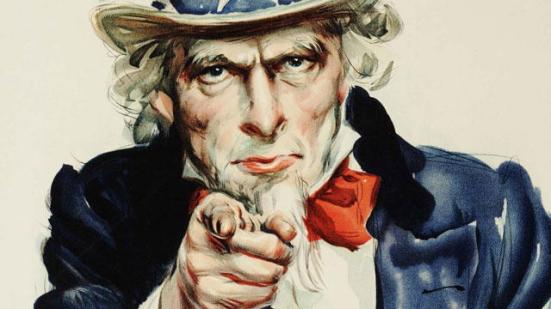 This is a great time to really dive into the world of local and state politics, as it’s the Midterm Election Season–the only reason I haven’t cancelled my TV cable subscription. It may not be as exciting as a Presidential race, but it’s also as important and can be just as interesting.

Currently there are numerous Senate races taking place in “Clemson Country,” which probably runs from Atlanta into North Carolina. My primary focus has been the North Carolina Senate race which I’ve broken down in a previous post. Greg Brannon and Mark Harris are the viable alternatives to Establishment Candidate Thom Tillis. Brannon has been endorsed by Glenn Beck and Rand Paul and is the Tea Party favorite while Mark Harris is the Evangelical favorite and offers a clean history without a drop of scandal or controversy. The best bet for the GOP is avoiding a run-off, which means Thom Tillis, who is polling around that 40% threshold needed to avoid a run-off. If he doesn’t reach that, there will be a run-off election which would hinder their ability to fundraise and campaign against Kay Hagan. That said, if it does reach that point, it’ll be interesting to see how Tillis would fare once the pragmatism of avoiding a run-off is gone.

Both of South Carolina’s Senate Seats are being contested. Lindsay Graham (R) is running for a third term and is facing a slew of opposition from all sides of the political spectrum. Currently, there are six Republicans fighting Graham for the Republican Nomination, but Graham has a substantial lead, as much as 36 points in some polls, according to Real Clear Politics. The winner of the Republican Primary (June 10) will most likely cruise through the general election, as SC has a very strong conservative base. The second SC Senate race is a special election for Tim Scott’s (R) seat. He is likely to win this seat without much of a fight.

In the Atlanta area, there’s going to be a race for the open Senate seat left by Saxby Chambliss (R), who decided not to run for reelection. This seat is one of the few that has a possibility of switching party hands and is expected to be a solid fight until the end. The Republican race for the nomination is very tight, but according to HuffPost, businessman David Purdue has a narrow lead over D.C. tenured Representative Jack Kingston. However, the majority of those polled are still undecided; 32% in the most recent poll. Michelle Nunn is expected to win the Democratic nomination without much opposition.

Also in the Atlanta area and Georgia as a whole, the race for Governor has tightened up. Incumbent Nathan Deal (R) is facing tough opposition from State Senator Jason Carter (D). The race has gone from a 22-point lead for deal to a tossup, according to polls. But it’s important to know that conservative voter turnout is always higher in Midterm Elections, and polling doesn’t usually accurately reflect the difference in turnout.

Be sure to educate yourself before voting, otherwise maybe you shouldn’t vote at all.